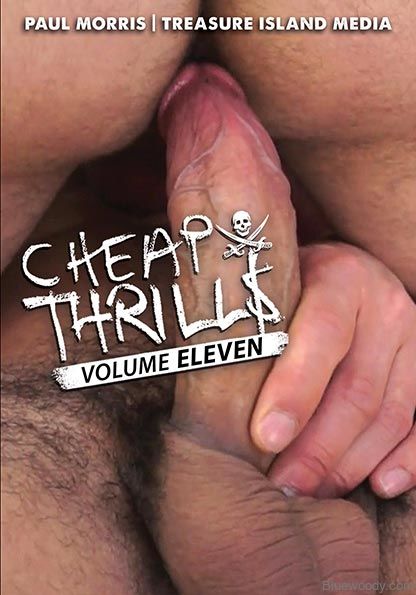 JAY ELLIOT – THE FUCKTARD reminisces over past perversions with the crew before DREW SEBASTIAN decides there has been enough yapping and puts JAY’s mouth to work. Knowing he’s gotta earn that first taste of cock, the FUCKTARD’s mouth gets run over denim, leather, and DREW’s filthy boot bottoms before DREW has even considered unzipping and allowing the fag access to his superior cock.

FUCKTARD’s fuck hole gets the once over as Drew inspects his latest piece of fuck meat. Slicked with spit this nasty pig is probed, positioned and primed for a pounding. A well-fed FUCKTARD is a happy FUCKTARD, and DREW has enough dick for leftovers. He fill’s JAY’s throat with meat and balls, demanding eye-contact and showing his dominance, no hole goes unfilled — even the one between jay’s ears.

Strapped to the bed JAY gets fucked down and DREW gets fucked up, punishing his helpless bottom with a toothbrush. You know what that means don’t you?

NOAH PARIS, JAY BRIX, and VICTOR SAVIO are linked in an open circuit daisy chain — balls deep in each other’s throats, gulping down buckets of musky pre-cum and stringy spit, all the while savoring the taste.

DREW SEBASTIAN gets his genitals deep cleaned by BLAKE DANIELS’ multifunction face-hole. DREW puts this tried and true cock socket to the test and without fail forces a few satisfying gags out of BLAKE's gullet.

DEREK ANTHONY loves his Latino twink boys. DEREK undresses ROBBY MENDEZ and makes him watch as he takes off his pants and reveals his already throbbing cock. That is the nicest DEREK is going to be here - shoving that legendary Daddy dick in the kid’s face for complete service. That’s only the beginning.