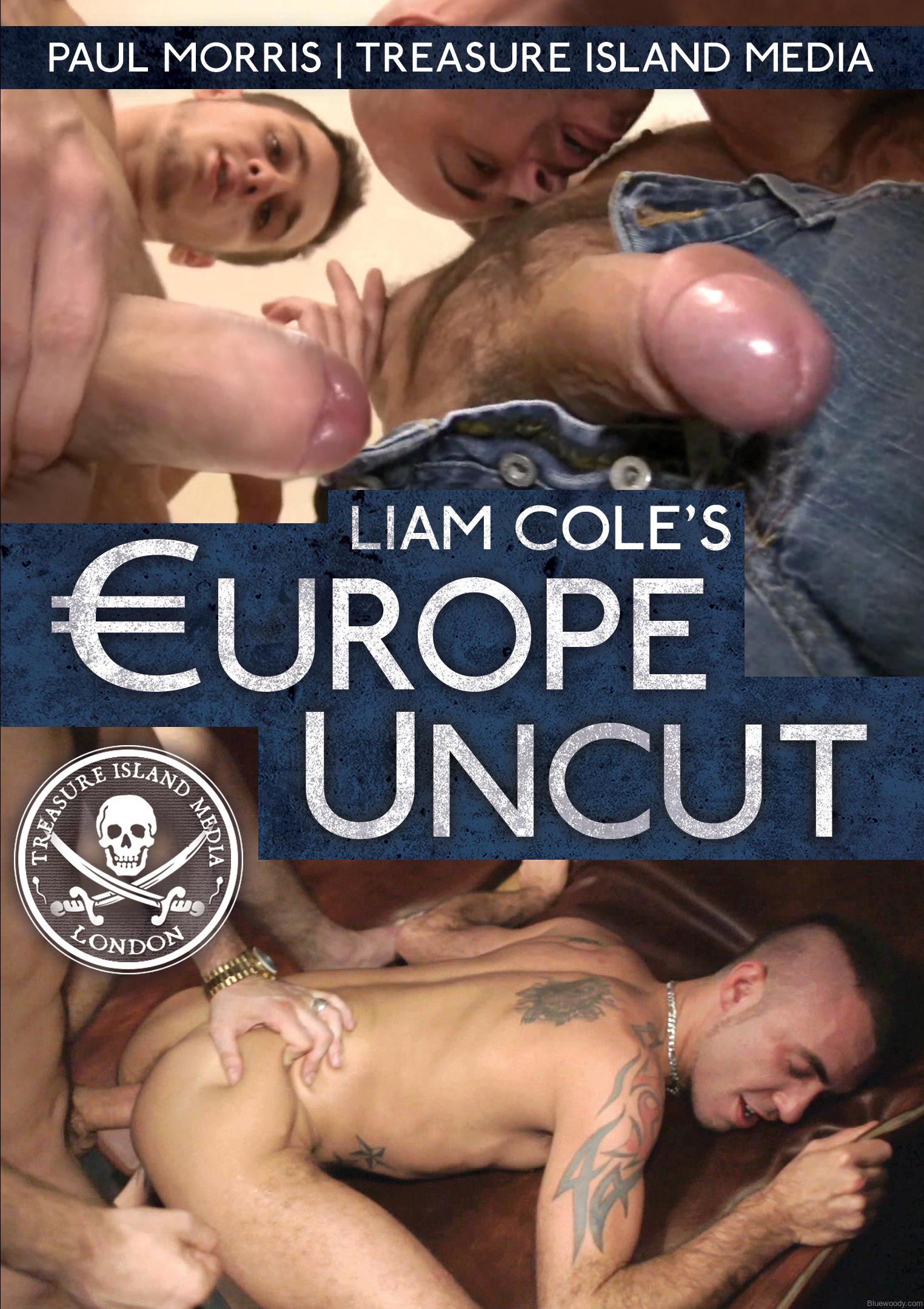 There is a backstory here -- JESSY KARSON has wanted to get fucked by PETO COAST for a long long time. And let us tell you, it's a pleasure to see him getting pulverized by PETO’s massive dick.

PETO of course takes no bullshit from JESSY -- in fact he is the ultimate selfish brutal top who loves to see how much pleasure he can get from his dick inflicting pain in a man’s hole. JESSY said he wanted to get fucked, so no amount of posturing is going to mean otherwise. He puts up a good front, but he is no match for PETO, who delights in making KARSON cry uncle.

LITO CRUZ told Liam he wanted to fuck two holes. LITO has these two young whores MARTIN PULI and BEN STATHAM at his command -- and with that legendary fat uncut cock of his calling the shots, who wouldn’t be?

The guys prep power bottom BEN’s hole for a good fucking. MARTIN slides in first opening up the kid’s ass in preparation for LITO’s meat. Then LITO gets a good dick massage from BEN’s butt -- kissing the two boys the entire time.

MARTIN’s turn to be the fuck hole. BEN opens his ass up, power pounding him while he sucks LITO’s dick. Then it’s LITO’s turn to fuck MARTIN and he really gives it to him balls deep enjoying each thrust of his tight cock chute.

Polska in the house!!! MAX SCHNEIDER’s fat kielbasa dick needs to use and breed hole. He jumps at the chance to get inside hot Spaniard JORGE BALLANTINOS.

Max treats Jorge like his own personal blow up doll and Jorge loves every minute of it, sniffing poppers and begging to be used. Max rides the man’s ass slow and then quick – pulling out in measured strokes and than ramming it back in hard making it his own.

Lucky Jorge gets a full load of hot Polish sperm and then Max has him clean off his dick to make sure he has gotten every drop.

There is no denying that Liam Cole has discovered some of the best top men in all of €urope. Hungary’s BALTHAZAR is a human fuck machine with his non-stop energizer bunny piston pounding. It is hypnotic and boner inducing to watch this man fuck and drive himself closer and closer to orgasm.

Trust me -- you are just going wish it was you being pile driven by this gorgeous man’s uncut meat. Lucky bottom JEFF STRONGER, 'cause this is the kind of fuck you would remember for a lifetime.

Did we mention how stunningly handsome BALTHAZAR is? We’d bend over for him any day.

Italian knockout JAKE ASCOTT gets treated to WILL GRIFFITHS’ fine ass before bending over himself for SAM PORTER’s great cock.

WILL rims JAKE’s hole in preparation and then the two guys take turns fucking him until Mr. ASCOTT gets what he wanted.

CHAD BROCK was visiting London and Liam set up a group fuck for him.

Liam decided to give a second camera to Swede ANTON DICKSON, so he could film the fucking close-up. He also decided to shoot it with just the onboard light from the point of view camera.


This special Director’s Cut of the scene is presented the way Liam intended it to be seen: in split screen so you can watch both what Liam is filming and also get that insider view from ANTON.

So hot to see Balthazar in a one on one, his long thick curvy dick and the most stunning body... kissing, rimming & relentlessly fucking Jeff S., until he shoots a huge load. And thx for the ass shots of him while he's fucking. Gonna see this more than a few times.
rexy 03/21/2020, 08:34 PM
Sam, Will and Jake is one of the best fucking scenes. But Chad Brock is always the hottest stud in every scene you've put him in. Top, or in this case, eager pig slut, he's the epitome of the perfect fuck.
rexy 03/07/2020, 09:10 PM
Balthazar's passionate and intense fucking of Jeff is so HOT, and kudos for showing his beautiful ass while he's fucking. And that long curvy cock...what a specimen!!
rexy 02/29/2020, 06:50 PM
Write a review