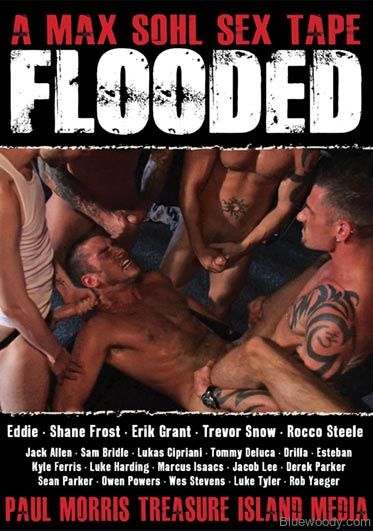 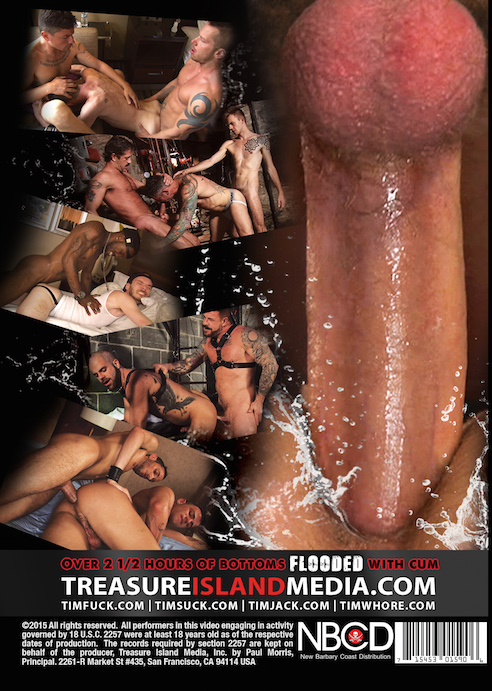 FLOODED belongs to the Four Horsemen of Treasure Island: SHANE FROST, ERIK GRANT, TREVOR SNOW and ROCCO STEELE. Each appear in 2 scenes starting off the movie together like a pack of rabid wolves in heat gang fucking the living daylights out of OWEN POWERS.

FLOODED. Flood my hole. The need to be flooded by men, cock, and sperm.

I wanted to see OWEN POWERS get gangfucked. Dominance is a ubiquitous phenomenon in social animals. Owen is led like a lamb to the slaughter ready to have his hole used and abused by the alpha top men. Surrounded and engulfed the men take turns fucking and getting sucked. SHANE FROST, ERIK GRANT, TREVOR SNOW and ROCCO STEELE seemingly try to one up each other with how hard they can fuck or how much then can make the boy submit. It is a non-stop barrage of cocks in his mouth and up his ass, pounding, slamming, and demanding 100 percent attention to their dicks. Special thanks to Rockbar NYC.

LUKAS CIPRIANI is the perfect fuck. His hole can envelope and grasp any size dick, milking it until it explodes. ESTEBAN’s cock is huge. I mean, I’ve seen some big dicks in my day but this thing is fucking massive. He doesn’t pussy foot around. When he wants to fuck, he fucks in an ass splitting deep seeding jaw dropping way that would leave any bottom begging him to stop.

English is not Esteban’s native language so any cries of protest are pretty much met with deaf ears. He pummels Lukas’ butt 7 ways from Sunday and ignores the boy’s squeals until his uncut cock reaches the point of no return and spews forth a fountain of spooge.

You will never wonder where the term “Pillow Biter” comes from after seeing TREVOR SNOW take on DRILLA. Or should I say Drilla’s dick (which should probably have its own zip code).

Trevor has been one of my favorite sex hound top men for a while so I was momentarily taken back when he said he wanted to get fucked for a change. Usually, I like my tops to be tops and my bottoms to be bottoms but there is something strangely satisfying in seeing Snow take it as good as he gives it.

Drilla fucks like a power drill. With no mercy and no apologies. He has Trevor suck on his cock to get him hard and then throws him down on the bed and rails him until he breeds him.

The thing I love about this combination of JACOB LEE, SHANE FROST and SEAN PARKER is the palpable bro-fest that is going on between Shane and Sean. Jacob is a great bottom but these two tops hit it off and Jacob turns into the plaything for the two men to use while they are having sex with each other.

ERIK GRANT is a demanding top that turns DEREK PARKER into a whining sniveling bitch for his cock. The more you want Erik Grant’s load, the more he is going to make you beg for it and one thing is for sure -- he’s not going to give you his precious seed until he is good and ready and feels like you have worked hard enough to get it.

Derek told me he’s been topping more lately and wasn’t prepared for the ass fucking assault that Erik demands of any bottom lucky enough to get that 9-inch cock in their hole. There is a thin line between pleasure and pain and Grant is the master at making sure you get a glimpse of both when he is fucking you.

I told TOMMY DELUCA, LUKE HARDING and ROB YAEGER to go ahead and give the boy what we all know he wanted. Of course, that old adage of being careful what you wish for rings true. When we first started you can see Kyle’s eyes glaze over in a flurry of both excitement and fear.

The chemistry between these two men is authentic, genuine, and real. Marcus wants Rocco to fuck him as much as Rocco wants to do it. I had a hard time getting them to keep their hands off each other when the cameras weren’t rolling and at one point when we stopped for a second they just kept on fucking in a back room.

THIS is the scene Rocco wanted to do more than anything and THIS is the one you don’t want to miss.Oh. It doesn’t hurt that they start off in suits and end up in leather. Grrrrr.

The lucky bottom is bubble butt cumdump WES STEVENS previously seen in Stick It Fuck It Breed It Leave It, who oddly enough had a fuck buddy in college who was a multi-cummer. He takes each of Eddie’s loads in his stride and keeps asking for another one.

You are going to have to watch the scene to find out.

You definitely won’t believe it.