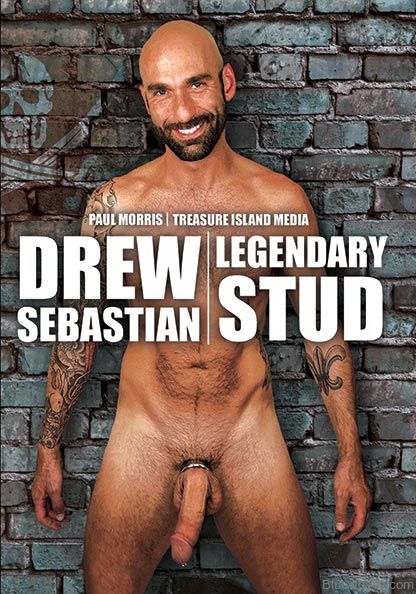 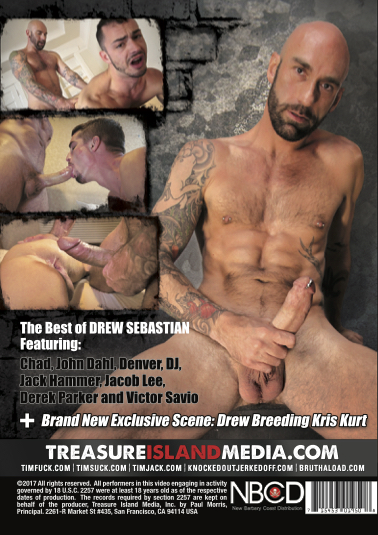 The air is thick and practically dripping with sexual chemistry when DREW SEBASTIAN (in his Treasure Island Media debut) and JOHN DAHL meet up for the first time. They can't keep their hands and mouths off each other, kissing as if they're reunited lovers. Dropping to his knees, JOHN teases himself with a worshipful exploration of DREW's jean-clad length before DREW opens up to let him nurse on the head.

DREW SEBASTIAN finds DENVER's ass so irresistible, he can't help tearing off the kid's underwear to plunge his tongue into that sweet hole.

After whetting his appetite, DREW gets down to serious business. He takes his time pushing his massive cock as deep inside as he can, reshaping DENVER's hole from the inside out and bending the joyfully overwhelmed fuck slut to his indomitable will with an unrelenting powerfuck.

From STICK IT FUCK IT LEAVE IT BREED IT.

From SUCK DICK SAVE THE WORLD 5.

Cocksucker’s mind = beginner’s mind. No matter how long you’ve been an avid, devoted cocksucker, no matter how many hundreds of cocks you’ve served and serviced, there are always—always—opportunities for improvement. CHAD, for example, has sucked many a dick. He started as a kid and never stopped. But even he was seriously challenged by the enormity of DREW SEBASTIAN's cock. This was a chance to stretch his technique as well as his lips and gullet.

DREW SEBASTIAN and DJ are the kind of all-American dudes who are destined to be great friends. But some things have to be settled right at the start: DREW's the kind of universal stud who has to get that legendary cock of his all the way up inside his buddy’s tight ex-marine butt.

DJ, like many ex-Marine's, is just learning his role in life: a bottom who’ll dutifully take any dick up his ass. He hasn’t been fucked by many guys yet, though. And certainly by no one with a schlong like DREW's. So it’s a rough, tough and real intense ordeal getting that fat man-rod to force itself through that tight-as-yessir butthole ring.

Because I love watching DJ so much, I've included an extra clip with this scene. DJ brutally facefucks HOLDEN PHILLIPS before bending HOLDEN in half for a solid ass plowing and a deep load delivery.

It's fascination at first sight for VICTOR SAVIO when he gets his first up-close eyeful of DREW SEBASTIAN's monumental cock. He can't resist going down for a taste before DREW gets him on hands and knees and slides his donkey dick home, pulling the flexible bottom back by the hair as he stretches and fills that tight hole. Impaled on his object of desire, VICTOR gives himself over to a balls-deep pounding that leaves both men thoroughly satisfied.

My first contact with DREW SEBASTIAN was a phone conversation. Someone had sent me his number, saying "I think DREW might be a Treasure Island man."

All it took was for me to hear his voice and I knew he was a perfect fit. It's a voice straight from a man's ballsac, from right smack between his legs, from a man who's learned through a lifetime of experience what mansex is all about. That cock and male sex are about worship, right at the root of life.

JACK HAMMER has a day job working for some mega-rich SF dot-com-ers. It's a real stressful job and he needed --really needed --to get royally fucked. So we put him and DREW together and let nature take its course.

Days later, JACK sent me an email that said, "Someday I'll die. And what I hope is that in my last moments, with my last breath, I'll think back on the best things in my life. And I'm sure I'll smile when I remember this, probably the best fuck of my life. Definitely the best sex of my life so far. Thank you."

DREW SEBASTIAN: a man's man...He's what we're all about at TIM.

This all new scene from Director Liam Cole has never been shown before!

When DREW SEBASTIAN and KRIS KURT fuck in a posh London hotel it's 19 minutes of pure sweaty animal attraction!

DREW SEBASTIAN works that fat hog over like he owns that motherfucker!

Bonus 2: Get Serious With It

This scene was shot in the bathroom after-hours at the Eagle in Portland, Oregon. We put together DREW SEBASTIAN and a local filth pig named RACE, who enthusiastically jumps on DREW's hole. DREW's dirty dominant side came out, and he verbally abused poor RACE, squatting on the Portland pig's face, then forcing the bottom to lick the filthy public toilet squeaky clean. This scene might go a little too far for some of you guys, but the man-play is real, hard and dirty. "Good pig!"