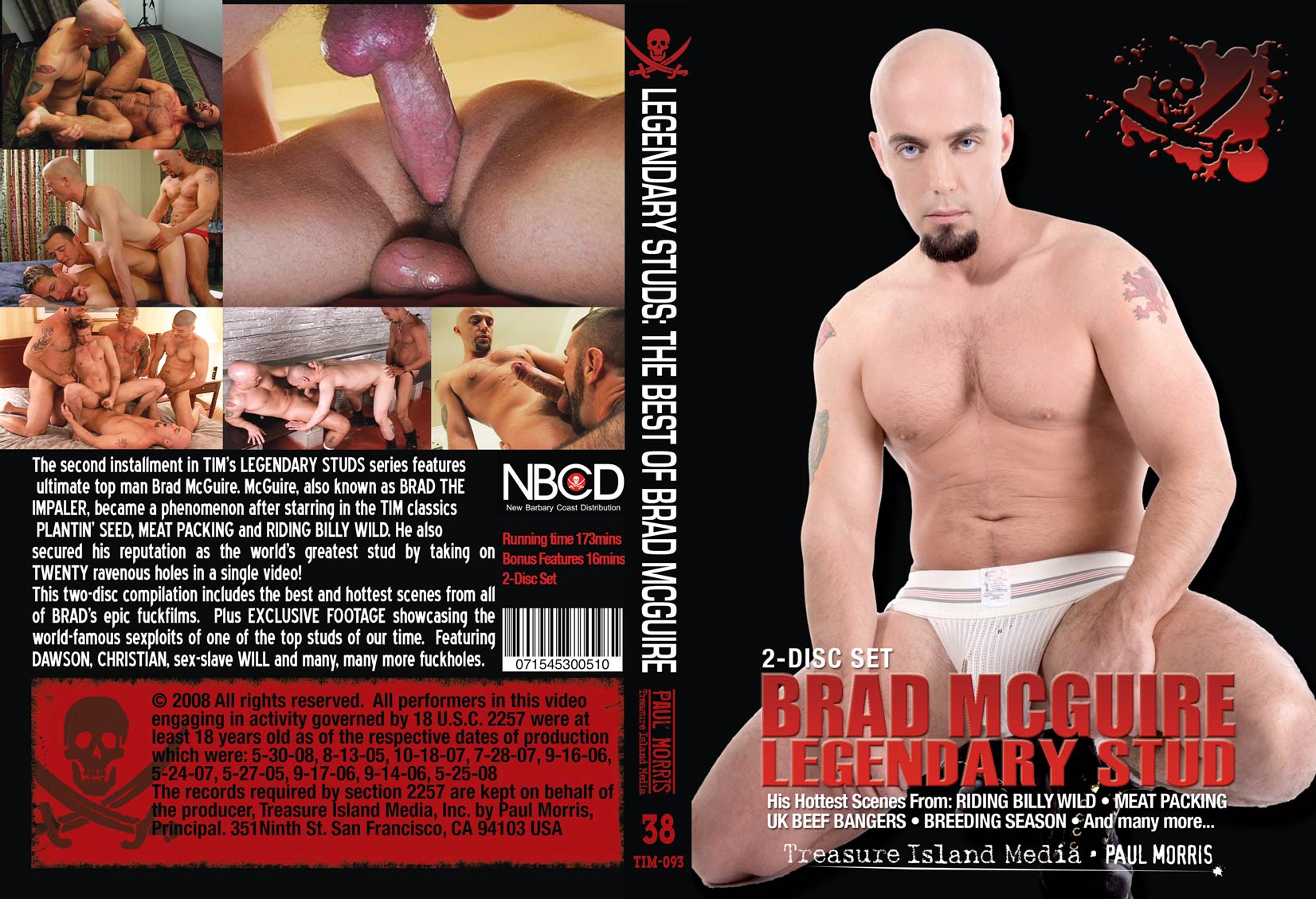 The second installment in Treasure Island Media’s LEGENDARY STUDS series features ultimate top man BRAD McGUIRE. Also known as BRAD THE IMPALER, he secured his reputation as the world’s greatest cockmaster by taking on TWENTY ravenous cock-hungry whores in a single video! Now, in the BEST OF BRAD McGUIRE , we’ve included the best and hottest scenes from all of BRAD’s epic fuckfilms. Plus exclusive footage showcasing the sexploits of one of the top studs of our time. Featuring DAWSON, CHRISTIAN, IAN JAY, sex-slave WILL and many, many more fuck holes. Brought to you by Paul Morris.

I knew that Billy was a world-class cock-hound and cum-junkie, but even I was surprised by his hunger and passion once he was cut loose in a room full of throbbing hard dicks. We put him in the middle of a daylong sperm-saturated gang bang with topmen of every kind - each one of them slipping it to Billy, and dumping hot thick spunk up his hungry ass or down his wide-open throat.

Even in a crowded room full of lust-fried tops, BRAD stood out as top-stud. He takes charge of a man's hole the way Gen. Patton took charge of a battlefield. Sir, yes sir!

The result was one of those connections that we've all experiencedâ€”but rarely. Max tells me the camera literally fogged up from the raw-heat generated by this scene.

It's a true pleasure to watch two world-class cocksmen like BRAD and JERRY break in a fresh and willing colt. And by the end of this session IAN was definitely getting a feel for what was in store for him. No turnin' back now...

FRANCO DAX told us he'd always wanted to use a mega-hung dude like a personal sextoy. Along with his jizz-hungry slut-bottom buddies IAN JAY, CHRIS NEAL andTOBY JAMES, FRANCO managed to hit PAYDIRT !

BRAD happily lay down on the bed, dick-up, and one by one the lust-fired slack-jawed dicklovin' quartet rode his cock like a wild buckin' horsey. All this with BRADsportin' a big ol' grin, happily letting these cock-hungry whores use his oversized endowment again and again. Everyone reached a very spermy satisfaction indeed.

After his break-him-in group fuck (scene 1, FEARLESS), T.I.M.'s sex-slave dog-boy WILL begged me for the chance to experience BRAD MCGUIRE's legendary uncut veiny cock. Like a bitch-dog in heat he needed that studshaft up inside him. How could I say no?

The session brought out the mean, dominant streak in BRAD's sexual nature. He had WILL lick the bottoms of his filthy boots, suck on his sweaty socks. And then he fucked him like a god would fuck a dog. And WILL is way beyond grateful: he squeals and moans like a caged fuck-ninny drilled straight to Whore's Paradise.

Later WILL told me that this was the most profound experience of his dissipated and fucked-up life.