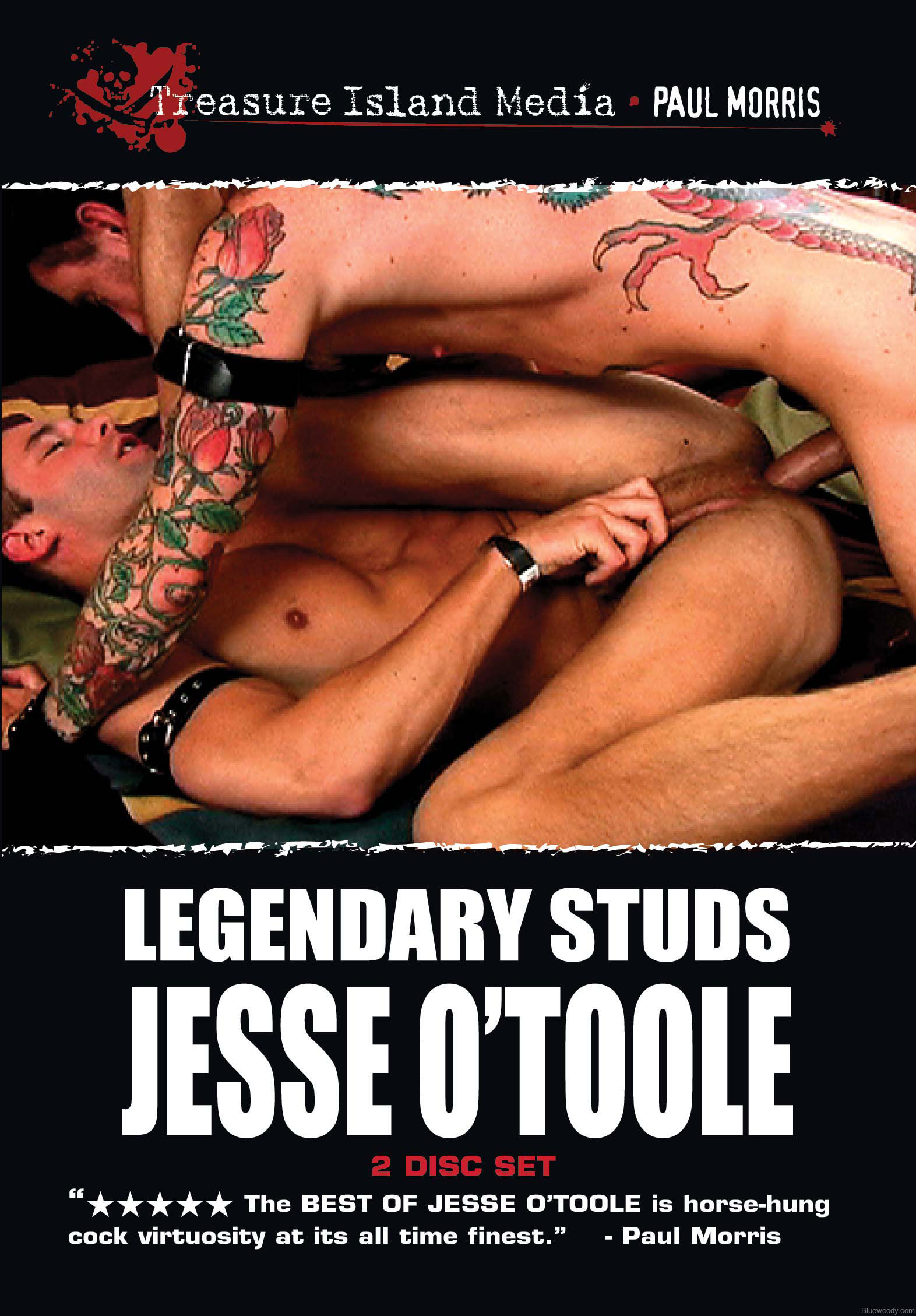 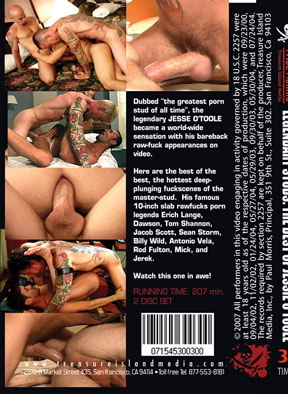 This is the scene that started it all.

JESSE is a wild-man, tattoo'd and a total top, blessed with a big veiny log of a cock. "I thank my dad for two things in this life. And this is one of them,", he said, hefting his enormous cock.

One of porn's great legends, ERICH LANGE is a perfect bottom. And he's never been more enthralled with a cock than when he gave his hole up to JESSE.

Our horse-hung topman JESSE give every inch of his monster-cock to ERICH LANGE. You know what JESSE has hangin' between his legs and you know how well he uses it. LANGE walked funny for a day or so after JESSE got through riding him.

JESSE is one of those tops who can "turn" another top into a whimpering submissive bottomboy.

After self-proclaimed "total top" TOM SHANNON got a gander at JESSE, he decided an attitude-flip was in order. So I set up an encounter between the two and TOM found that being on the bottom could be intense but blissful.

If I were to choose a personal favorite from all of JESSE's fuck-sessions, this would be it. The pairing of JESSE and JACOB was intense, primal, perfect.

JESSE's bull-cock must have been on overdrive that day, because after everyone else had showered and left he pulled JACOB SCOTT back onto the bed and gave him a perfect and total deep-fuck.
There's an intense connection between them that's a mix of lust and more. This is JESSE at his best: he defines phallic prowess and by the end of the scene he owns JACOB's ass.

"I want that cock more than I want anything else in the world." So said DAWSON, and I believe in giving a man what he wants.

DAWSON was longing to feel that horsecock slide deep into his ass. And JESSE was in perfect form. He gave DAWSON a stretch-yer-hole fucking that left the handsome muscular bottom grinning and limping.

SEAN STORM wanted that big ol' thang to slide way up inside him after his beautiful little bottom had been fucked, seeded and used bloodyraw by a gang of men. SEAN wanted to FEEL JESSE - and feel him he does!
There are moments when it looks like he won't be able to take that giant cock all the way, but JESSE was in the mood to fuck deep, and SEAN was determined to get every fuckin' inch of JESSE's manhood inside him. It's the fuck of a lifetime - and SEAN squeals and cries out in pain and bliss.

A raucous group of men take turns using BILLY's cum-slick ass. They each fuck him, then give one of their buddies a turn, passing BILLY around until his butt is a wide-open sloppy public-access hole.
We sent JESSE along to handle a camera and swing his horse-cock around, and it didn't take him long before he put down the camera and slid his huge, inhumanly fat cock halfway to BILLY's heart

JESSE and BRAD McGUIRE take turns feeding their veiny schlongs to ANTONIO - fucking his ass and his mouth - it's a wonder the kid can walk or talk afterward.
Wholesome TOM SAWYER joins in and ecstatically chows down on all the man-juice he can get from ANTONIO's leaking cum-hole. At one point he looks up at the camera, grins a big cum-splattered country-boy grin and announces, "There's a lot of good eatin' in there!" Then he dives back in, shoving his tongue halfway to heaven.

In this seriously scorching scene BILLY WILD's holes are used and abused by JESSE, STEVE PARKER, JACOB SCOTT and newcomer JEFFERY. BILLY moans and whimpers but you know he wants all the cock and spooge he can get.

Real-life partners ROD FULTON and ZAK RAVEN wanted a fuck session with JESSE O'TOOLE.
So while SEAN STORM gets fucked by ZAK, ROD lifts his tan and muscular legs and gets pounded to within an inch of his life by JESSE's manrammer. The action is thick with fucklust and in the end both SEAN and ROD end up with hot loads of spooge in their asses.


These muscle-studs-in-rut take JEREK on and use him like a fuckin' horny-hole ragdoll. They ram their meat up his asshole, they shove two in for some intense double-penetration--a TON of cock-meat gets shoved up JEREK 's ass, and about a gallon of dick-snot is spurted up his worked hole.


If you're a fan of JESSE, this two-disc set will be a great addition to your collection of the stud's works. And if you haven't yet met JESSE's acquaintance, this is the best possible introduction to a master fucker's triumphs.