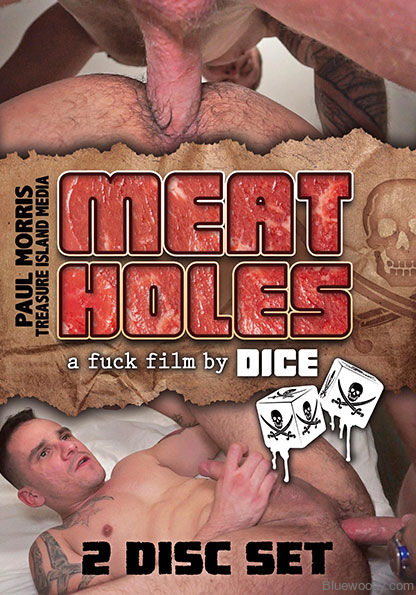 WESLEY is a Portland native that loves to get fucked. DOLF happened to be in town for the weekend so we took WESLEY to get the breeding of his life. There is no saying no to DOLF. This kid was ready to submit.

Putting him with ETHAN WOLFE and HAMED RAIDD was a perfect match, these two men fucked and filled RILEY good and deep. They even took turns fucking each other.

These men like it all. After the guys were finished blowing their loads, you could see from the expression on their faces that they had the best time ever!! As Paul Morris would say “Beautiful men looking happy – there’s nothing more wonderful in the world.”

SIR JET is a man you check out at the gym and while you look at him you think about fucking his muscle ass. JACK DIXON had no problems getting SIR JET to spread his cheeks for his thick cock. SIR JET definitely knows how to make a hung top like JACK a happy man.

DEREK NORTH is like a bull when he fucks -- he just keeps going. DRAVEN NAVARRO takes it like a champ and enjoys every second of this nonstop bull top.

This was HAMED's second time shooting with TIM and first time fucking on film so he was excited to get a piece of ACE ERA'S “Fuck Me” ass. Eating ACE’s hole and filling it with cock, HAMED was in sexual ecstasy…. as was ACE.

ALEX HAWK loves to be fucked. So to have him be the center of attention for a room full of cocks was not something he’d turn down.

PARKER LOGAN, JAMES STEVENS, BRIAN BONDS, BRODIE RAMIREZ, and ETHAN WOLFE put ALEX's hole to the test. Using it hard and not stopping until they were all drained.

I’ve known and shot with DIEGO many times over the years and I know he’ll do and take whatever he is told to. I pulled DJ aside before filming this and whispered to him to just go as hard and rough as he wants and not to hold back and that’s just what he did and they both loved every second.

I received a text from JETT RINK letting me know he was going to be in Portland. JETT is a bottom who loves to get fucked. I rounded up KEATON MARKS to meet at JETT‘s hotel room to give him a deep fucking he’d remember. We left JETT happy is in his hotel bed afterward.

ROGUE STATUS is versatile, so when I asked if he wanted to fuck a boy he said, yes right away. Moments after getting to the hotel he had CONRAD'S legs in the air and started showing him who’s boss. CONRAD knew he was there to be used, so he kept huffing his spray to be nothing but a fuck hole for ROGUE.

Get a close up and personal feel for these men as they stroke their meat. Watch as they kick back and jerk until they spurt their loads. Featured in these 6 hot jack solos are Ace Era, Hamed Raidd, Riley Landon, Jack Dixon, Daddy Cream, and Diego Tovar.

Age: 23 Height: 5'10" Weight: 150 Dick Size: 8" cut. Freaky and open to just about everything. Loves men with tattoos and athletic builds - biggest fantasy is to fuck outdoors someplace overlooking the city.

Also included are 6 revealing interviews so you can learn more about some of your favorite men including ETHAN WOLFE, JAMES STEVENS, RYAN POWERS, DOLF DIETRICH, WESLEY DOWNS and DJ.