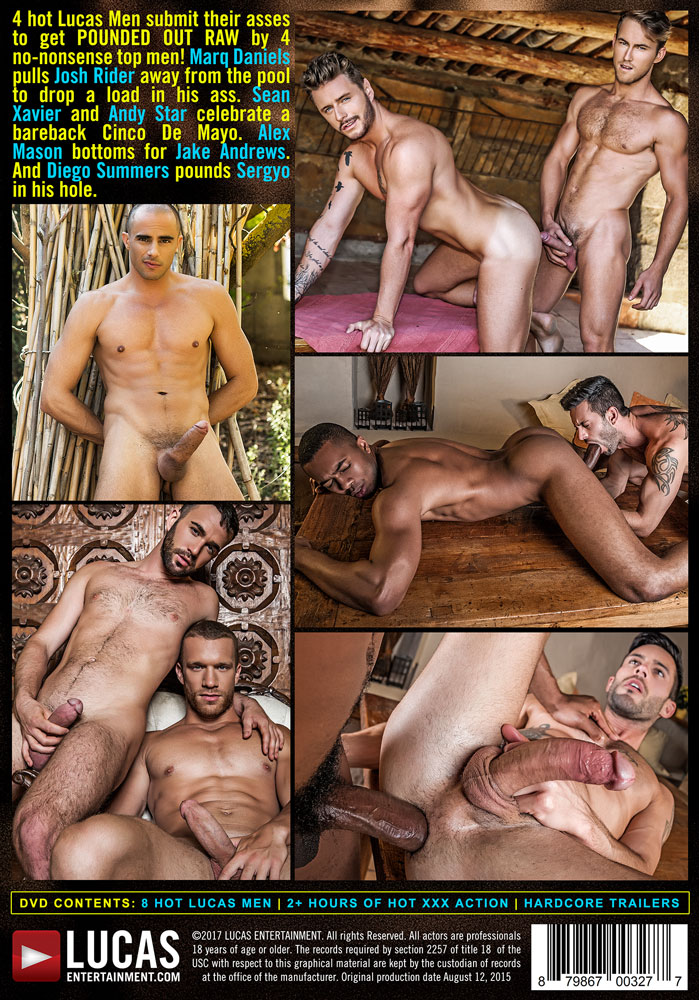 Sean Xavier's favorite holiday is Cinco De Mayo, and he's excited to  celebrate during his trip to Gran Canaria. Wearing his lucky sombrero  and with his trusty maracas in hand, Sean encourages his boyfriend Andy  Star to get into the spirit of Cinco De Mayo too. Andy reminds Sean the  holiday is only celebrated in Mexico, but then again, who cares? It's  as good a reason as any for Sean and Andy to enjoy their vacation with  some hot gay bareback sex. Andy surrenders his uncut meat and tight ass  for Sean to suck on and eat out. Sean Xavier is the top in this  relationship, and Andy loves submitting to his boyfriend's huge black  cock. First he swallows up as much of the 10-inch BBC as he can before  riding Sean's awe-inspiring endowment. Check out 26:30 to see Andy  Star on his back getting railed by Sean!

Jake Andrews and Alex Mason both look incredible in briefs, and that's  especially so when they have raging hard-ons in their briefs while  they're making out. It's been awhile since Jake Andrews has appeared  on Lucas Entertainment, and his body is always incredible and smooth.  Alex, by contrast, has the perfect amount of fur on his tightly muscled  physique. Jake and Alex both love sucking dick, and they take their time  with the blowjobs on each other. In this encounter Jake is the top, and  Alex relishes bouncing on his dick. The action gets extra sweaty when  Jake gets Alex on his back at 14:00, which is Alex's favorite  position. He loves making eye contact and kissing his tops while feeling  them deep in his ass!

If there's one thing Diego Summers is good at its throwing around a  bottom. He loves taking charge and hammering away at a guy's  ready-and-willing hole, and that's what Sergyo has to offer. When  Diego gets into his groove he's rough and unforgiving, so I hope  Sergyo is ready and his ass can remain relaxed. Because Diego is big and  uncut in the pants, and he knows what he's doing with his dick.