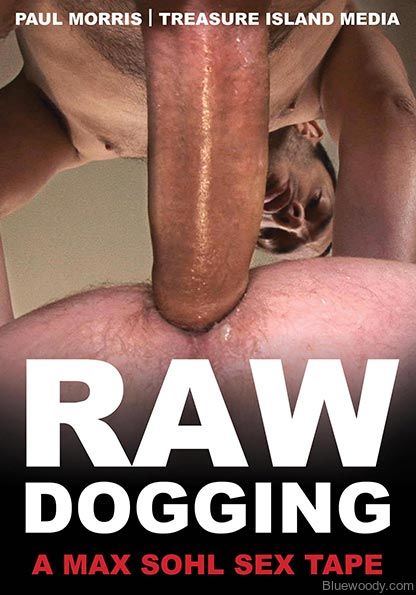 NUTSDEEPBB is a life-long Treasure Island Media fan. He doesn’t seem to know that he has a few fans of his own from his online breeding exploits. Which makes perfect sense since he learned from the best - TIM movies.

I have never had so many people contact me as I did after word got out I met NutsdeepBB. He came in and filmed a Bruthaload and I knew there was no way I couldn’t get him fucking on camera.

We had JASON COX set up taking anonymous loads for So You Wanna Be A Cumdump 2. I don’t think there is anything that NutsDeep likes more than a cummy hole. He hadn’t shot a load in 4 or 5 days when he walked in and watched Jason taking his 3rd load of the day.

Leander power pounds Caedon’s ass from behind, pile driving his cock with manic thrusts. He then gets Caedon on his back for some more rough stabs and finally has him ride his tool, letting him milk the meat for the load he knows he is going to get.

Jason Cox is a pleasure. He loves cock and getting fucked so much, you can see the glee on his face when he is placed in a room on all 4’s with these two big black uncut monsters.

Real life partners BLAZE AUSTIN and ROMAN MAVERICK asked if they could fuck for me and since I’m not crazy, I immediately said yes, c’mon over. I know Blaze as a super bottom in his own right, so I jumped at the chance to see his fat frat cock fucking power bottom Roman.

This is how a tag team should be done. Damien - his ebony uncut dick with the foreskin that pulls back to reveal the pink dick head - and FX - with his stunning uncut Latin schlong - take turns, feeding off each other’s fucking energy as Rikk luxuriates in getting his popper-fueled hole worked over. As each man fucks him, Rikk seduces the other one, letting each know how much more he wants their cock inside him.

Over the last year, just about every bottom I have met has asked me for one thing. The dick of ESTEBAN. And once it is going to happen – they then go through a combination of incredulous excitement and total fear over the prospect of actually getting fucked by it. Let’s face it – you and I would too!

HANS BERLIN begged me for months to get fucked and bred by Esteban. The first scheduled meeting got cancelled and that only added to literally months of Hans anticipating what it would be like to have THAT cock in his hole.

Now, lemme tell you something about Esteban. He ain’t fucking around. His dick is always rock hard before he drops his pants and he knows his cock is going in the hole whether the hole likes it or not. And…he doesn’t like to fuck with lube.

A couple of minutes of sucking and Esteban has Hans bent over presenting his ass to be penetrated. Hans is also rock hard, so his desire must have outweighed his nervousness – you will witness that moment when Esteban buries the shaft in deep before giving him a good hammering. And just when Hans thinks he has got it all the way in, Esteban goes a little deeper.

Jonah hit me up and told me he was going to be in town and he was bringing his pack with him. We’re talking a complete leather-geared puppy pack comprised of masters Jonah and ALEKS BULDOCEK and puppies LORENZO FLEXX and TYLER GRIZ.


I wasn’t really sure what I was getting myself into, but sat back to enjoy the show. These dogs are serious. The commitment is complete and fascinating - and if you are like me and know very little about puppy play, I think you will find it as incredibly sexy as I do.

The scene starts off with about 10 minutes of puppy foreplay - for real - full growling, barking, sniffing and pawing - but keep an eye on Jonah’s hard PA bejeweled cock sticking out of his jock. This is about sex.


It doesn’t hurt that these guys are gorgeous.

The real meat of the scene is the fucking and puppy loading. The masters take turns stretching out their bitches who eagerly offer up their mongrel holes for the superior dickmeat like a good puppy should. And when the time comes that master Jonah demands his pup Lorenzo fucks the other pup Tyler - well, trust me - we got some real good dawg breeding going down.