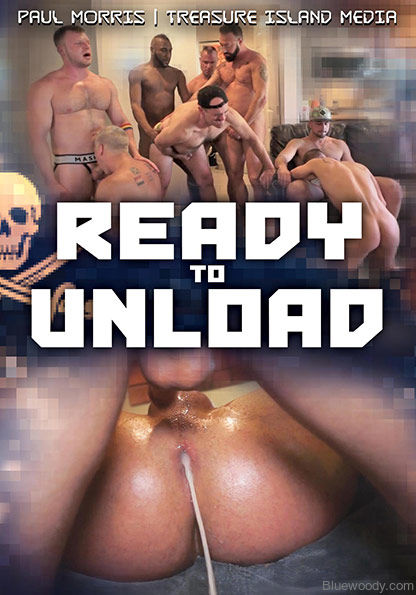 DAYTON O’CONNOR is a bottom killer. He will fuck your hole raw with his perfect missile cock and you will love ever second. We said “JACK HAMMER” - but all DAYTON heard was “hammer jack!” Right out the gate, DAYTON pile drives his dick into JACK’s face so hard Jack gets a nosebleed.

Not about to let a little bodily harm come between his holes and dick, JACK jumps back into action. From full on ass-to-mouth, to popper fuelled pogo cock ride, JACK gives it up and DAYTON takes control.

DAYTON choke-fucks JACK into submission before mounting his ass - hate fucking load into his guts with this no mercy drill fuck.

SILVER STEELE sucks sloppy schlongs swinging in his face! Try saying that five times fast. But it's true, JD DANIELS slaps SILVER in the face with his massive BBC meat and sodomizes his hungry face cunt.

Seeing SILVER's ass in the air, JD is ready to pop that bubble. He slowly slides himself in inch-by-inch, pacing up his thrusts to full speed and breaking Silver in half.

SILVER’s hole takes a constant cock beating – JD not letting up until he digs himself deep enough into SILVER’s guts to unload so far that he knows his load won’t be wasted.

There’s just something about a filthy municipal fuck under fluorescent lights that really shows what matters. It’s not a deeply developed emotional bond or even knowing his name. It’s all about the loads. NOAH PARIS and jock JAY BRIX seem to agree as they fuck in a public stairwell.

JAY drops to his knees, swallowing NOAH’s dick in a single gulp. Having wrapped his throat around the length of that big butt busting cock, JAY looks up and says, ”I want your dick in my ass.”

When asked what he likes most about cock, JAY quickly answered, “It gives me loads.”

We ain’t gonna lie. DADDY CREAM and GIOVANNI SUMMERS have fucked on camera for us before (coming soon in the new Paul Morris movie out in September). They loved it so much they asked for a Round 2 and with the kind of chemistry they have, we couldn’t say no.

DADDY CREAM starts to melt when GIOVANNI SUMMERS starts sucking down his fat cock. Dripping with anticipation DADDY gets his boy’s hole up and ready to take his meat with a single plunge.

SILVER STEELE gives DINO his first fuck from a PA’d cock. Hurts so good doesn’t it? DEREK NORTH shows us what a sloppy deep BJ should look like before he and BRIAN BONDS take turns slipping their dicks into SILVER’s hole.

SILVER STEELE finishes off his trip to Palm Springs by taking SCOTTY RAGE’s cock outdoors at a gay resort. The guys suck each other’s dicks before SILVER begs SCOTTY to breed him and then finishes things off by feeding his own load to the hungry Daddy bear.