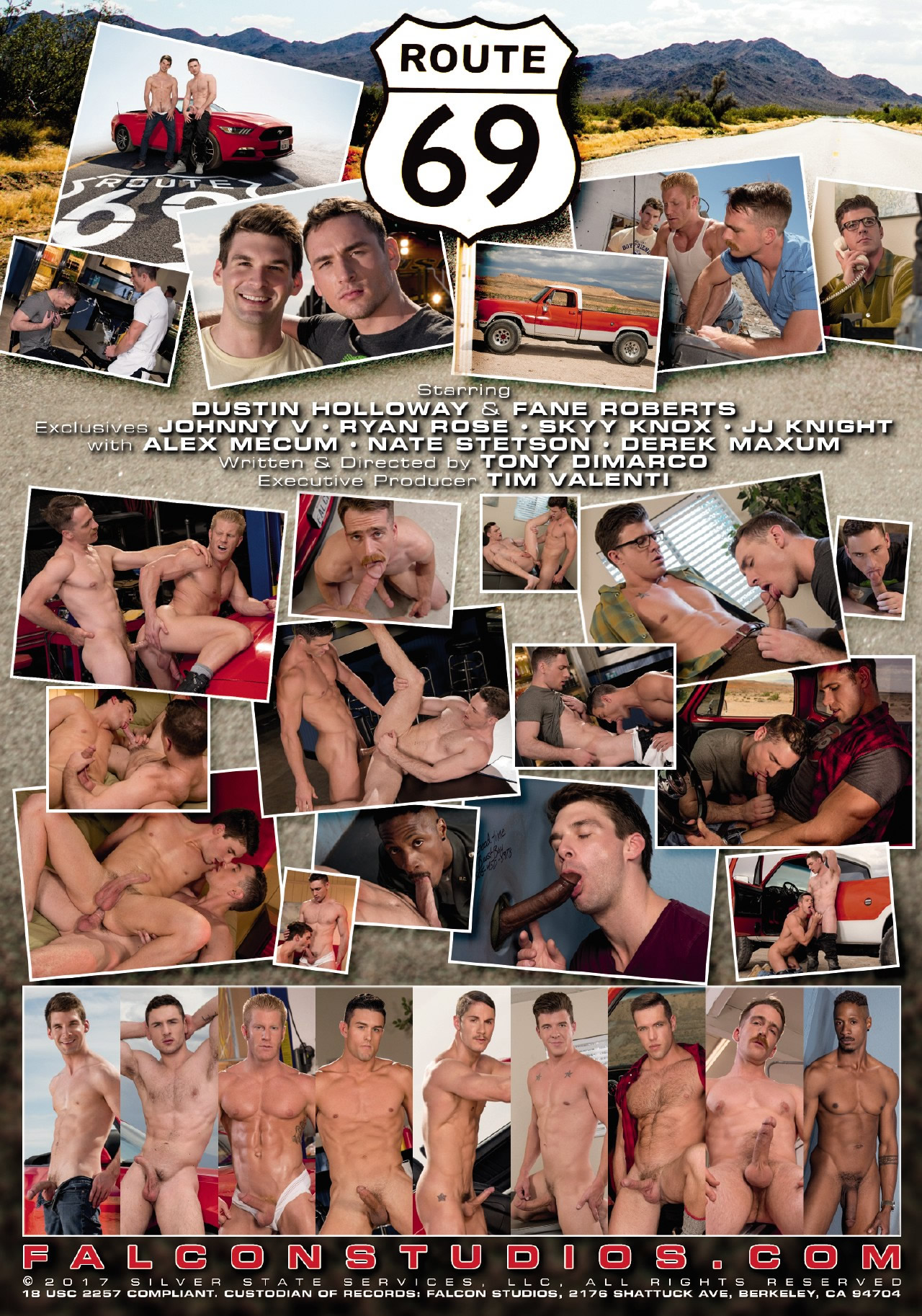 College buddies Fane Roberts and Dustin Holloway set out on casual a road trip down California’s legendary Route 66 but little do they know it will be a journey the will never forget. As they drive their Mustang convertible through the desert the conversation turns to sex and Fane confesses he spent one entire summer jacking off to his favorite classic Falcon porn scenes. As he describes the action to his horned-up travel companion the radio experiences interference and starts playing 70’s gay porn music. Suddenly Route 66 becomes ‘Route 69’ where classic gay porn scenarios come to life, reenacted by today’s hottest stars. Award winning director Tony Dimarco brilliantly navigates the vaults of classic Falcon scenes, giving them a modern twist that would make yesterday’s stars proud. Running on fumes, Fane and Dustin stop to get gas where smoking-hot attendant Nate Stetson pops his crank shaft deep into Johnny V’s cylinder. That night the guys check in to a fleabag hotel where after a shower, Fane complains about the hot water to JJ Knight, the creepy motel manager. JJ pulls out his massive pipe and shows Fane the perks of being a guest. Back on the road they pull over so Dustin can piss. At the urinal, he notices Derek Maxum's dick hanging from a glory hole and they suck each other off on the dirty public restroom floor. When Fane and Dustin stop at a diner for a bite to eat, all-American waiter Ryan Rose accidentally sprays Fane with a soda and cleans him up by getting him out of his clothes and fucking him over a table in the diner. After running out of gas on the road, Fane takes the gas can and hitchhikes to town. Handsome hung Alex Mecum offers Fane a lift and to show his appreciation Fane sucks him off by the side of the road. Meanwhile, waiting for Fane to return, Dustin gets bored so he whips it out and starts jacking off. Like a porn mirage, Skyy Knox appears out of the desert and gives Dustin more than a helping hand when he bends him over the car and fucks him by the highway. Reunited, Dustin and Fane get a motel and take their friendship to a whole new level. Dustin makes a move and the two create their own steamy hot fuck-session worthy of becoming a true Falcon classic. Pack your bags, grab a buddy and hit the road - you never know what can happen on ‘Route 69’!