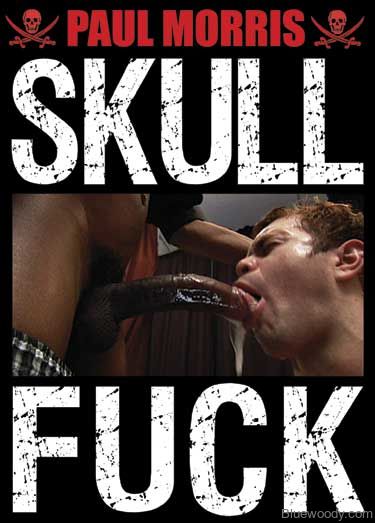 JAMES ROSCOE is a seriously handsome fucker. And a handsome face was born to be fucked.

JAMES happens to be a world-class cocksucker. When he came aboard as an exclusive cocksucker for T.I.M., JAMES wanted to start things off with "something intense."

The result was over the top---there were a few moments when JAMES wasn't sure he could take it. Here's what happens when 10-½ inches of rammin' cock attached to an almost sadistic top meets an eager-to-please mouth yearning for jaw-crackin' phallic abuse.

RASHAD is a handsome straight man from Turkey. He only fucks women, but he's absolutely fine with getting blown by a guy. Put him together with one of the all-time great cock-worshippers, SKEET, and you have an up-close lesson in true cock-love. The deity here for both men is RASHAD's fat, uncut, juice-oozing musluk.

SKEET gets so riled up having RASHAD in his mouth that he shoots his own load within seconds. After slurping his own manjuice off his fingers, he keeps lovingly sucking until RASHAD feeds him a big thick load of rich Turkish belmeni. RASHAD called me the next day and told me that he wanted to be sucked by SKEET again---"This time, I pay him to suck me. Maybe on regular basis."

Newcomer JOEY DINGO is that quiet good-looking guy who works in your office. You wonder about him, but he's married with a couple of kids, so you assume he goes home to the family when he leaves work.

Now, DAN FISK has a weakness for handsome blond men, so I put the two together. And it turns out that JOEY is so fucking good as a cocksucker that DAN slipped into a blissed-out state where the only thing that existed was his big, throbbing, needy cock deep-plunging that warm welcoming married-man throat.

Afterward, JOEY's lips smelled like cock and sperm. As he left, I thought about JOEY kissing his wife and kids with those thick pouties.

DEVON from Atlanta wrote in and said he wanted to be "the next DAMON DOGG," so I flew to Atlanta and gave him three beautiful black cocks to work on. "Show me what you got," I said just before the cameras got started.

Is DEVON the next DAMON? Hell no. There's only one DAMON DOGG and no one else comes anywhere close.

You might remember little boner-whore HAL as the no-limits straight-from-the-ass milk guzzler in BONE DEEP. He loves to take jizz-loads down his throat. "If it's white and warm, I wanna swallow it down!" is how he puts it.

So I pulled together an afternoon at our T.I.M. gloryhole station for him. I gathered five of the biggest and most beautiful cocks and gave HAL the daunting task of sucking all of them to complete satisfaction.

Half way through, little HAL gets too fuckin' excited and jerks himself off. But then it's right back to sucking big ol' dicks and blissfully slurping down those anonymous manloads.

DAMON DOGG met PAUL STAG (Mr. Leather U.K.) a while back, and ever since then he's had a serious hankerin' for the Brit's thick, veiny, uncut prong-dong. So when PAUL said he was coming to town, we decided to give the DOGG the bone he had been wanting for so long.

DAMON is such a pro that PAUL came within the first few minutes, and of course DAMON greedily slurped up every drop of the tough leatherman's limey slimey. ButPAUL wasn't done---not by a long shot.

CRAIG and MUD mesh perfectly. CRAIG's a fine little cocksucker, submissive and hungry as a lost alley pup. And MUD is a fine, arrogant cocksman who knows that between his legs he has exactly what cocksuckers love and need.

I knew that if I got them together, the chemistry would be solid-state sucking. I was right. We shot at a local bar---the Powerhouse on Folsom---and they were so into each other that they forgot I was in the room chatting with the barkeep. And as the bartender was setting up for the night, damn if the guys didn't even notice.

Scene 8
Kaleb Gets Skullfucked by Ion

I've followed KALEB SCOTT as he's racked up a world-wide rep as a piss-guzzling cockwhore. For a long time I've wondered why he and I haven't hooked up for a project. Then he walked through the T.I.M. doors.

He's a handsome cocklover who definitely knows what to do with a dick. I paired him with ION, a seriously intense and brutally-hung ex-con who rough-fucks and punishes KALEB's li'l throat with his rock hard stir-stick. ION tears up KALEB's mouth with no mercy whatsoever . Though KALEB is a little self-conscious because of the T.I.M. cameras, I love watching him trying to swallow down ION's huge dick and taking his punishment like a trooper. The kid's the real deal.

Scene 9
Joey Gets A Straight Load

A well-hung Italian stud who wanted to see what it's like getting blown through a gloryhole---now that's something that'll inspire any cocklover. And I loved the idea of having this guy get sucked off through the hole for the first time by JOEY DINGO, our married-with-kids cocksucker.

Unlike Scene 3, where JOEY is face-fucked hard by DAN FISK, here JOEY can take his time and savor the big beautiful dick he's pleasuring. And he loves sucking the big dark Italian shaft and swallowing down that first-time straightman load.

First off, I hadn't met JAVIN before---he came in sight unseen---and didn't know that he sported a 10-½ incher between his legs. This thing is ludicrously huge. And I had no way of knowing the chemistry between these two would end up being to damned over-the-top power-driven.

DANNY would be the first person to tell you that he's not the most experienced cocksucker. He's pretty new to it, in fact. And here he is, face to face with the Moby of all Dicks, and this whale of a wiener demands satisfaction.

I'll be honest: this scene may be too much for some viewers. JAVIN thrusts his oversized onyx wang deep and impales poor DANNY's head with it, choking him until I seriously thought the guy was gonna walk or pass out.

But every time, DANNY grins and opens his eyes wide in amazement and dives right back down on it, taking the challenge. He gags, he heaves, he nearly dies. But by god, he gets the job done, and he gets it done but good! This one is for the ages.

Scene 11
Klep Shows How It's Done