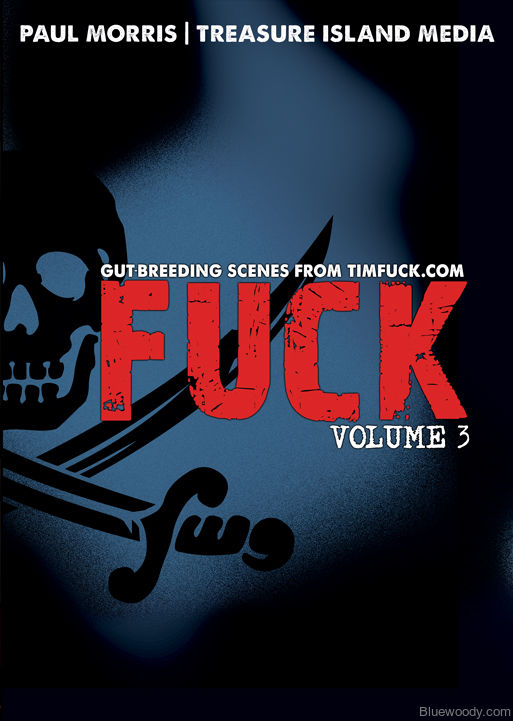 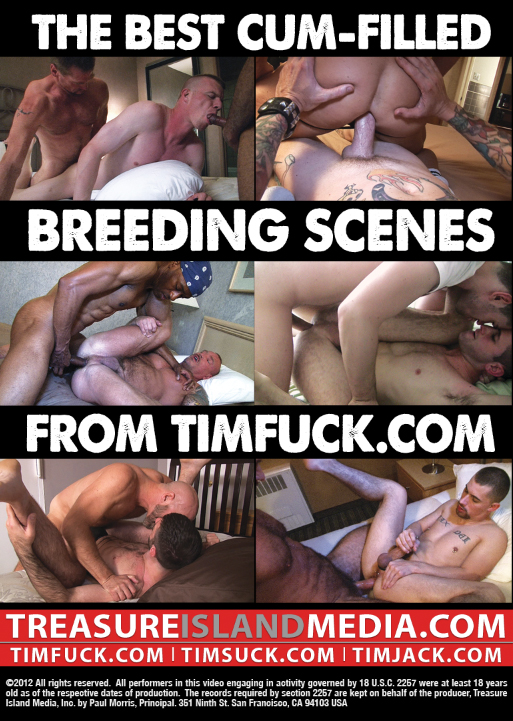 Zack Titan and Jon: After enjoying some oral worship from Jon's talented tongue, assertive topman Zack pushes the cock junkie onto the bed and strips him down to his black jockstrap for the main event. Inch by inch, Zack slides his meaty length up Jon's fuckhole, and you know just how deeply Jon is feeling it by the way he clutches at Zack's thigh. As the pace picks up, Zack drags Jon to the edge of the bed to get more leverage so he can thoroughly and mercilessly pummel Jon's hungry ass. Zack gets him in some different positions before he finds the one that makes him dump his load deep inside Jon's guts.

Jake and Jeremy: Jake Mitchell gives Jeremy East everything he has, stretching the rugged bottom's tight, hairy hole with his fingers and pushing in to the last knuckle before plunging his tongue in for a bunghole feast. When he's eaten all he can, the topman plugs Jeremy's needy hole with his formidable meatsword, sliding in inch by inch until the bottom is taking it all. After a deep, thorough fuck, Jeremy begs for a taste of the jizz that Jake just creamed him with, whorishly sucking it from the fingers the topman stuffs in his greedy mouth. And that's just the start...

Jerry and Buzz: Buzz Isaac told us he wanted a big challenge and we immediately thought of Jerry Stearns--who proved himself more than up for it. While Buzz gorges himself on Jerry's uncut ebony meat, Jerry warms up the bear bottom with some rimming. But nothing can truly prepare Buzz for Jerry's thick 10.5 inches: as Jerry slowly works every inch of his stallion cock up Buzz's tight hole, the bottom grunts and moans, pain and pleasure mixing as he tries to take it all. Even though it doesn't get any easier for Buzz, soon enough he's moaning in pure ecstasy from the thorough pounding and gooey load the skilled topman delivers deep inside him.

Brad McGuire and Lucas: After hooking up during the now-infamous gangbang scene in "Up the Gut," Lucas and Brad McGuire had to have more of each other--and we jumped on the chance to set it up. Brad generously offers the ravenous bottom a taste of his nipples before feeding Lucas his fat, veiny, 9.5" slab of manmeat. As Lucas gorges himself, Brad gives him a righteous fingerfucking that has him begging for more. When Brad finally delivers what he's dying for and slides his throbbin' boner up that ready fuckchute, Lucas literally can't wait for the pounding to start: he pushes back shamelessly, repeatedly forcing Brad's cock deeper inside. The master topman soon asserts himself and, after a serious and thorough fucking, he fills Lucas' hole with all the spooge the satisfied cumwhore could want.

Jesse O'Toole and Mark Dixon: When Jesse O'Toole and Mark Dixon heard how much you guys loved their fuck session in What I Can't See 3, they offered to let us film the encoreýand we jumped at the chance. The sexual chemistry between the justifiably legendary topman and the slut bottom daddy is even more powerful this time around, as Jesse and his famous 10" cock fill Mark's hole and probe his guts in position after position. As playful as it is intense, this half-hour fuckathon is guaranteed to leave you as satisfied as both men.

Blake, BJ, and Justin: Blake Daniels is ready, willing, and fuckin' starving for cock-- and BJ Slater and Justin Cox are more than happy to oblige him. Blake puts his sweet mouth to use right from the start, switching between the topmen as he sucks and licks their meat; and they return the favor, shoving their tongues up his ass before giving that twitchin' hole what it really wants: one thick, hard, cock after another to impale him and make him moan helplessly. As BJ and Justin take turns pummeling Blake in every position under the sun, from slow and thorough to fast and furious, the talented topmen connect with each other as deeply as they have with the man taking their loads: as he punishes Blake's hole, BJ leans over his shoulder to wrap his lips around Justin's joystick.