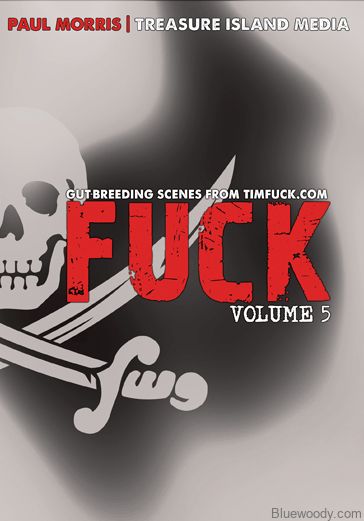 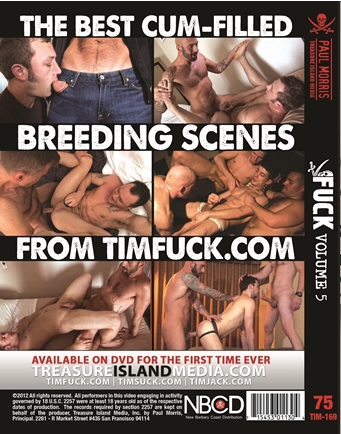 SCENE 2 Drew Sebastian & John Dahl The air is thick and practically dripping with sexual chemistry when TIM Exclusives Drew Sebastian (in his Treasure Island Media debut) and John Dahl meet up for the first time. They can't keep their hands and mouths off each other, kissing as if they're reunited lovers. Dropping to his knees, John teases himself with a worshipful exploration of Drew's jean-clad length before Drew opens up to let him nurse on the head. Before long, all clothing has been stripped away and Drew is balls-deep in John's sweet hole, delivering a thorough dicking that has John groaning in pure ecstasy. The intensity of their connection builds through all the different positions they fuck in, until Drew finally fills John up with a white-hot load. After hand-feeding John the cum scooped out of his ass, Drew encourages the delirious bottom to shoot his own load and lick it off the sheets. Their bond continues post-orgasm as they finish off with a shower together. Directed by Paul Morris.

SCENE 4 Frank, Kevin, Nikos & Anton Young Frank was eager to prove to Liam Cole that he's as hungry a fuckhole as our London director has ever met. So Liam called in thick-dicked topmen Kevin, Nikos, and Anton, and handed the kid over to them. Frank goes after their cocks like a drowning man being tossed a life preserver. While the cock slut devours one slab of manmeat after another, Anton takes advantage of his preoccupation to get a taste of his hole. Then the fun really begins as the three tops take turns pounding Frank's ass, pushing him closer and closer to the pinnacle of ecstasy. Filled with multiple loads and surrounded by the men who dumped them, Frank joins them in ultimate satisfaction as he beats off.Directed by Liam Cole.

SCENE 5 DJ and Antonio Biaggi Ever since DJ became a TIM Exclusive last year, people have been asking over and over when they were going to get to see him fuck. When Antonio Biaggi met DJ for their scene in Milk It, he took one look at DJ, pulled Max aside, and said, "I get to fuck him, right?" Sorry Antonio, DJ is a top. "So I get to fuck him, right?" Antonio wasn't taking a "no," so Max said he'd see what he could do. When he asked if DJ would be up to it, at first DJ thought he was joking: "Have you seen the size of Biaggi's dick?" Ultimately, DJ agreed and this scene is what happened next. Let's just say that when all was said and done, Antonio announced that DJ was the best bottom he had ever fucked.Directed by Max Sohl.

SCENE 6 Drew, DJ & Danny Cock-n-cum addict Danny Blue goes for another round with Drew Sebastian, doubling his fun when DJ decides to get in on the action. While DJ gags Danny with his meaty cock, Drew takes his time teasing the kid with his tongue, eating out Danny's boy-cunt before pushing in balls-deep. Danny takes his spit-roasting like a champ, writhing with helpless joy between the master topmen as they use and abuse his holes in pursuit of their own pleasure. When they finally dump their payloads, no drop escapes the kid's hungry mouth as he lowers himself to lick stray gobs of goo off the sheets. Directed by Paul Morris.

SCENE 7 Christian & Lewis Quintini Lewis Quintini has been a fan of Christian ever since seeing him in Christian 24 Cocks in 24 Hours. When Liam Cole mentioned that to the ever hungry, up for anything bottom, Christian was more than happy to indulge Lewis' desire for a one on one. Liam set it up immediately and in this scene, Lewis finally gets a chance to plow the ass he's been admiring for so long. He takes the opportunity to indulge in a long, slow, deep, focused fuck. Directed by Liam Cole.

SCENE 10 Noah, Enzo & Sebastian Blindfolded and tattooed, bear bottom Noah King surrenders himself and his holes to Euro studs Enzo and Sebastian Slater. The dominant tops take turns stretching his ass and throat with their stallions cocks as they spitroast him, drawing continuous moans of pure pleasure and insatiable hunger from the helpless bottom. The deep connection between the topmen is undeniable as they spur one another on in an intense, heated fuck session that ultimately leaves all three men gratified to exhaustion. Directed by Liam Cole.